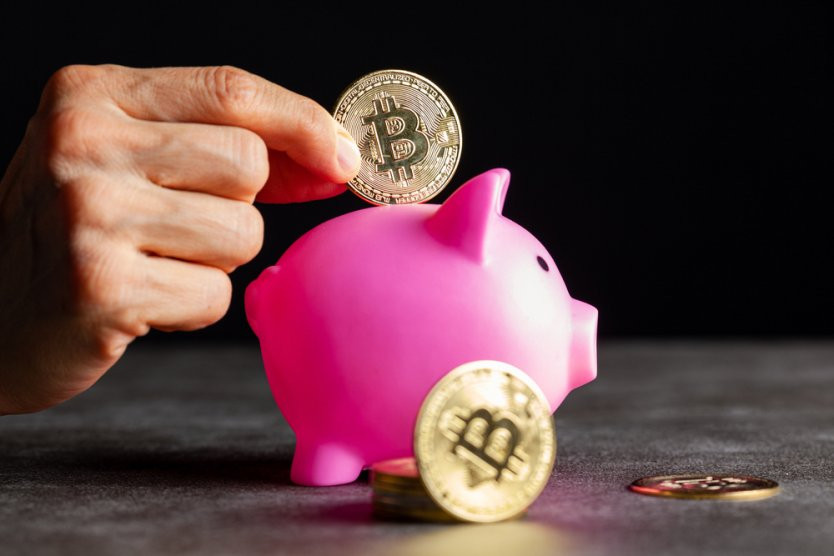 The first cryptocurrency gained 0.7% in trading on Tuesday and closed the session at $30,100. The day before, Bitcoin started to rise in the first half of the day, but later lost almost all of its gains, despite a strong increase in the main US stock market indicator, the NASDAQ Composite. Bitcoin is trading below the key $30,000 level, balancing near the $29,900 mark.

According to CoinGecko, the world's largest aggregator of virtual asset data, the total capitalisation of the crypto market rose by 1.1% to $1.36 trillion in the last 24 hours.

At the same time, the Fear & Greed indicator soared by Wednesday by 4 points to 12 points, but still failed to leave the "extreme fear" area. The indicator reached its lowest level since August 2019 last week, but later began to rise again.

According to CoinShares, institutional investors placed about $274m in cryptocurrency funds over the past seven days, a record since January 2022. Earlier, Bitcoin funds reported their highest capital outflows since the summer of last year ($133m).

The cryptocurrency has already lost more than 60% of its value since November last year, when digital gold broke a historical record by soaring above $69,000, dropping as low as $25,000 at one point in time. At the same time, the main digital asset has already lost 46.8% of its value during the current year. Thus, in just the first two weeks of the month, most digital coins collapsed frighteningly, with BTC down by 35%, Ethereum dropping by 40%, and Dogecoin and Polkadot falling by 35%.

Experts cite the armed Russian-Ukrainian conflict as the main reason for this strong negative trend in the digital asset market. Due to the sanctions imposed against Russia, the cryptocurrency market is losing a tangible share of consumers from that country.

Another important downward factor for the value of virtual assets has been the permanently increasing dominance of the United States in the cryptocurrency market. This has been a continuation of the political war that has been raging in the currency arena since 2014. This American dominance was particularly evident in the past year, when China imposed bans on the use of virtual coins.

The US Federal Reserve's monetary policy can also be seen as an additional driver of investor frustration over the reliability of digital assets.

For example, crypto analysts attribute the current decline in the virtual asset market to the US Federal Reserve's recent hike in the benchmark interest rate. Investors are concerned that the rapid rise in inflation in the future will force the regulator to raise the rate even faster.

As a reminder, the US Federal Reserve raised its key rate by 50 basis points following a meeting in early May. Its range now stands at 0.75-1% per annum. Earlier in March, the US regulator raised the rate by 25 basis points. The last time the central bank hiked the rate at the end of two consecutive meetings back in 2006. However, there has not been a simultaneous increase of 50 basis points since 2000.

Thus, the latest decision by the US Federal Reserve has shown that America's monetary policy matters greatly to the crypto market, which means that any news from the country's central bank could provoke extreme volatility in the value of its leaders.Finally, better regulation of the cryptocurrency market is increasingly causing low confidence among participants in the sector.

Traditionally, May has been seen as a reasonably good period for the BTC. In the past 11 years, digital gold has ended the month up seven times and down four times. The average rise in May is around 27% and a fall of 6%.

However, Global Macro Investor CEO Raoul Pal recently suggested that the coming May and upcoming June will be the most worrying months of the year for BTC, meaning a new wave of sell-offs in the cryptocurrency market is inevitable.

The day before, Bitcoin critic Peter Schiff predicted the first cryptocurrency to fall to the $8,000 level. A significant condition for this could be the recent breakdown of the major digital asset to the $30,000 level, Schiff said.

eCurrency CEO Jonathan Dharmapalan shares the pessimistic sentiment of his colleagues and believes that amid the collapse of the Terra ecosystem and TerraUSD staplecoin, the world's leading central banks will actively pursue launching their own virtual currencies.

Galaxy Digital CEO Mike Novogratz previously shared his view that the cryptocurrency market has not yet bottomed out. The US trader believes that the correlation between bitcoin and the permanently declining US stock market will grow until digital gold reaches an equilibrium point.

Cathie Wood, founder of investment firm ARK Invest, also has a positive view on the future of virtual coins. She recently said that the bearish trend in the cryptocurrency market would soon turn bullish. In addition, Wood predicted a decline in the correlation between cryptocurrencies and the NASDAQ Composite stock index, calling it temporary.

However, US entrepreneur Charles Hoskinson believes that a new crypto winter has begun in the digital coin market. Hoskinson is confident that there is not a single significant factor that can trigger a market rebound at the moment.

Economist Benjamin Cowan takes the opposite view and says the cryptocurrency will soon see spectacular growth.

Amid a spectacular decline in the value of the major digital asset, Kraken cryptocurrency exchange CEO Jesse Powell said he expects Bitcoin to fall to $20,000. When the coin reaches that mark, the investor plans to devote the majority of his capital to buying cheap bitcoins.